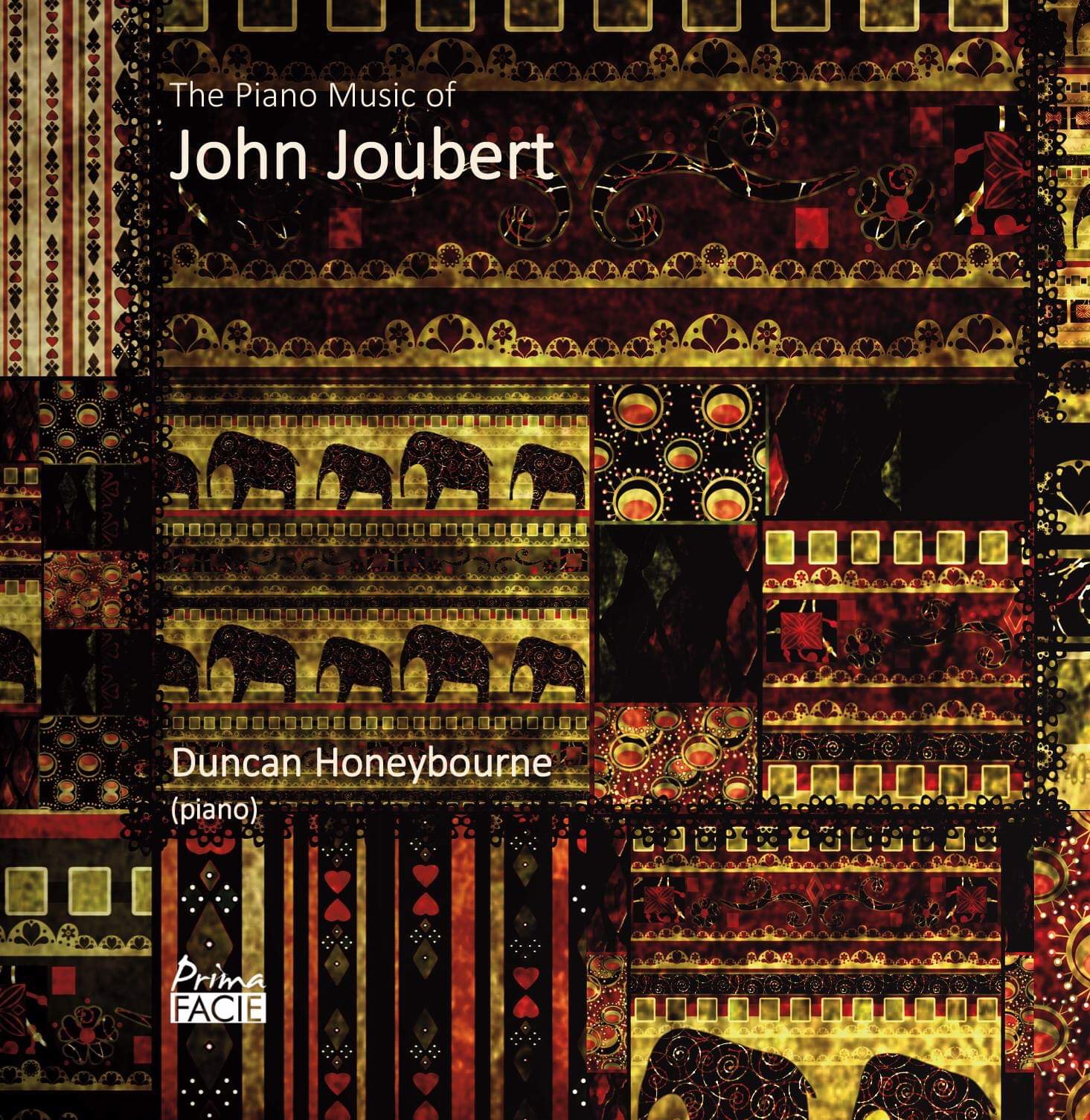 The Piano Music of John Joubert

Duncan Honeybourne, the dedicatee of the Third Piano Sonata, has been closely associated with Joubert’s piano music for many years. Honeybourne met John Joubert whilst a student in Birmingham and, working extensively with the composer, went on to give the Irish première of the Second Piano Sonata and the London and Birmingham premières, as well as the first broadcast of the Lyric Fantasy. It was Joubert’s own suggestion that he compose a third piano sonata for Duncan; the work was completed in 2005 and premièred the following year. 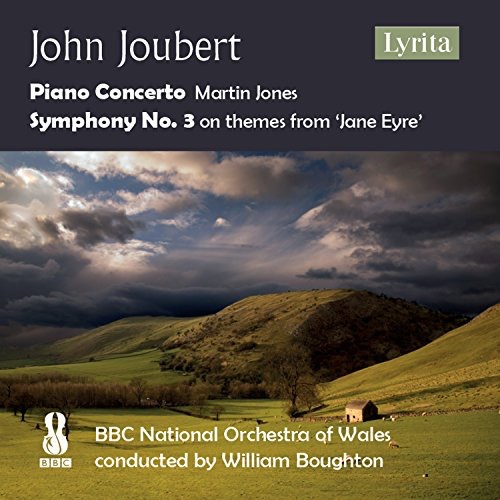 It was on 12 April 1956 that Russian-born pianist Iso Elinson invited John to write him a Piano Concerto. Completed in the summer of 1958, the resulting score is dedicated to Elinson, who gave the first performance of the work with the Hallé Orchestra under George Weldon on 11 January 1959 in the Free Trade Hall, Manchester. In keeping with Joubert’s instinctively symphonic approach to large-scale forms, the concerto is more of a sinfonia concertante than a bravura vehicle for pianistic display. The idea for a musico-dramatic work based on Charlotte Brontë’s novel Jane Eyre originated in the early 1980s, when the composer took early retirement from the University of Birmingham. This was a labour of love which he embarked upon unprompted and without the security of a commission. Dedicated to the opera’s librettist Kenneth Birkin and his wife Inge, Symphony No.3 on themes from the opera “Jane Eyre”, Op.178 (2014-17), reworks the five orchestral interludes as five symphonic movements. Originally written for chamber orchestral forces, the material has been re-scored by the composer for a full symphony orchestra.

“Joubert’s works are powerful statements, none more than the Third Symphony. He has written eight operas, and the Third Symphony (2014-17) is based on themes from Jane Eyre, reworking the opera’s five orchestral interludes as symphonic movements. Although none of the movements is based on traditional symphonic forms, there is a powerful cogency to Joubert’s writing that underlines its dark-hued intensity. Boughton shapes the surging phrases impeccably; climaxes have a natural inevitability.” – Classical Source 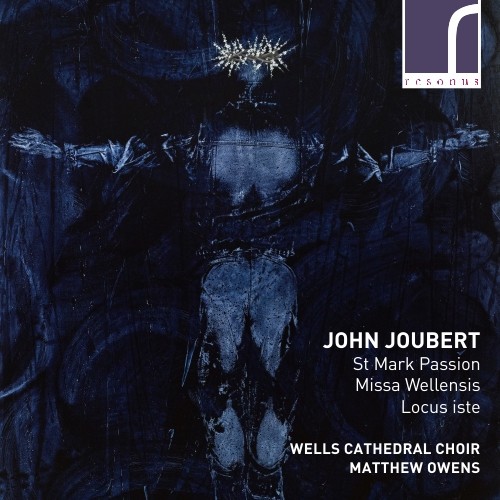 In celebration of John’s 90th birthday, Wells Cathedral Choir with its director, Matthew Owens, presents a new recording of recent choral works from this prolific veteran composer.Featuring works commissioned for and first performed by the cathedral choir at Wells, this programme has at its heart the extended St Mark Passion, a profound and heartfelt retelling of the well-known passion story. Completing the album are the expansive Missa Wellensis and Joubert’s vivid and powerful setting of Locus iste.

“This is an outstanding disc. The recording is impeccable, the singing of Wells Cathedral Choir exceptional and these later works of John Joubert show a composer at the height of his creativity. Matthew Owens conjures from his choir beautifully shaped, expressive phrasing requiring masterly breath control that is staggering. These three works come from of the composer’s association with Wells Cathedral, dating from 2013, and were commissioned for the choir by Cathedral Commissions. The expansion of sacred music repertoire in the 21st century is indebted to the inspired thinking coming from Wells. One of the joys of Joubert’s writing is his exploration of keys that enhance the text – his music breathes life into the words. Nowhere is this more prevalent than in his St Mark Passion, which follows the pattern of the great Bach Passions with the choir representing the crowd and the congregation joining in with appropriately selected hymns. A solo cello acts as continuo for the tenor’s narrative, and the organ adds depth to the conflicting emotions expressed. There is not a weak link anywhere in these performances, and this release is a fitting, celebratory tribute to a creative master who is now 90 years of age.”- Shirley Ratcliffe, Choir & Organ Magazine

“The tears in our eyes at the end of this professional premiere of John Joubert’s opera Jane Eyre were quickened not only by the ravishing music of Jane and Rochester’s reconciliation, but also by the sheer emotional importance of the occasion … David Stout’s Rochester was tortured and charismatic, his baritone shifting from honeyed tenor registers to cutting lower notes. And as Jane Eyre herself, April Fredrick did more than display a perfectly-formed voice, fearless in melisma, bright at the top and reflective in descent, all the while acting with a genuine response to her character’s development; she really did embody Charlotte Bronte’s heroine.” — Christopher Morley, The Birmingham Post 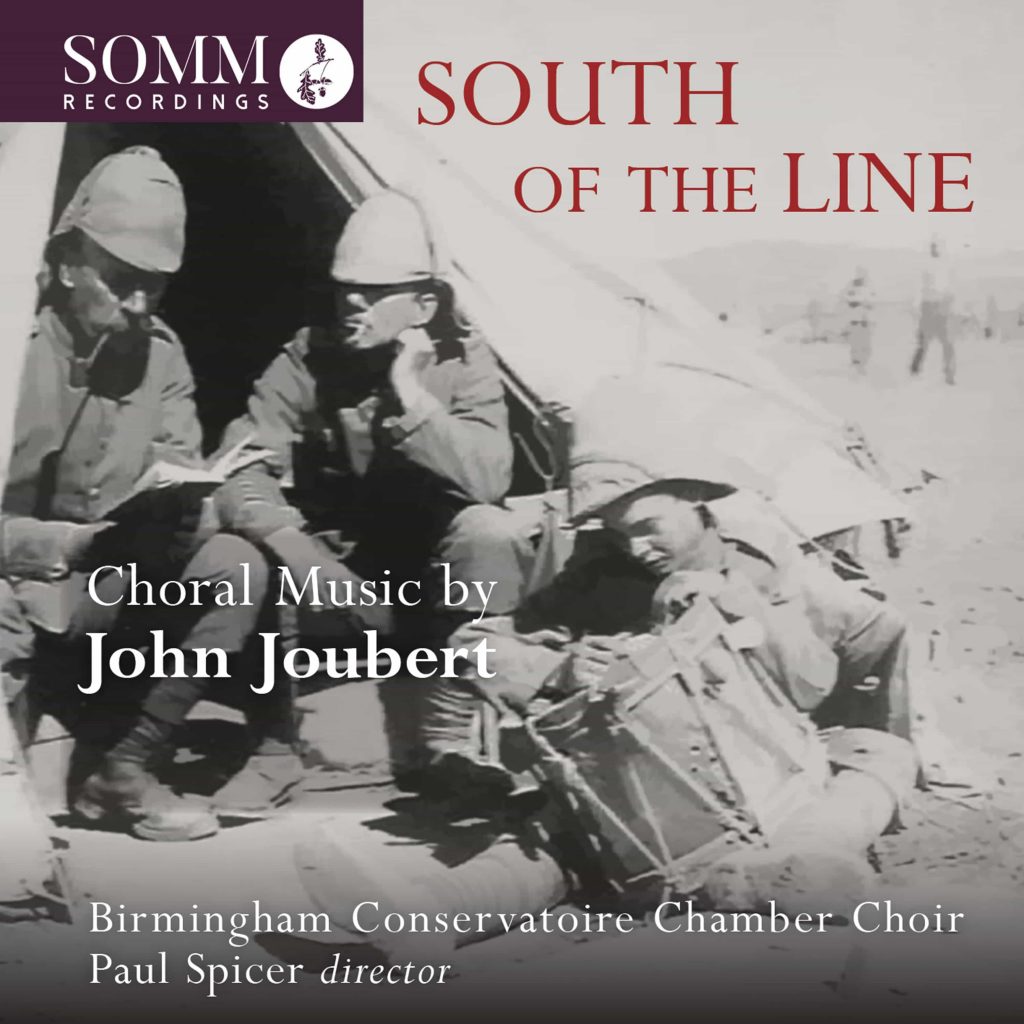 South of the Line

SOMM’s celebration of John Joubert’s 90th birthday brings to the catalogue no less than seven première recordings of his choral music. South of the Line (together with Autumn Rain) was recorded last June at the Birmingham Conservatoire and poignant is the fact that it was commissioned from the composer for the opening of the Adrian Boult Hall and the last music heard there for this recording, before its demolition. 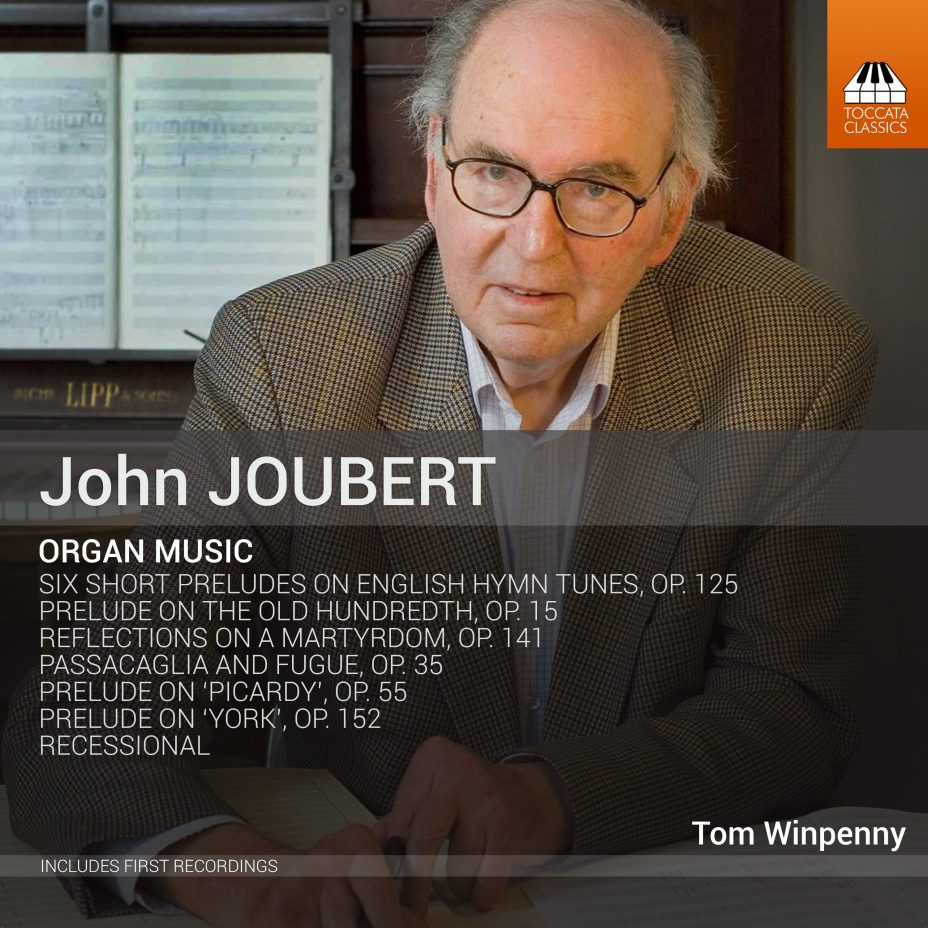 Joubert’s organ music, recorded here as part of the 90th-birthday celebrations, ranges from the miniature to the monumental. It often reflects Bach’s influence, and always demonstrates the balance of craftsmanship and honesty of expression that has assured Joubert’s place in the affection of his audiences. The booklet notes here are contributed by the composer himself and the organist, Tom Winpenny. The recording was made on the mighty organ of St Alban’s Cathedral.

Attractive preludes on English hymn tunes and a thundering Passacaglia and Fugue make this a must for any aficionado. 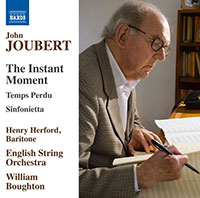 A new recording from Naxos

“Music of real distinction … These are nicely turned, affectionate performances from the English String Orchestra (whose members include Joubert’s own son and daughter) under William Boughton’s sensitive lead.” Gramophone

“The lesson proffered by the outstanding performances by the English String Orchestra and conductor William Boughton on this disc is that John Joubert’s music equals the best works of the Twentieth Century.” voix-des-arts

MusicWeb Recording of the Month Nov 2014

“The opening movement of John Joubert’s Cello Concerto is a beautifully sustained, threnody-like statement, proclaiming the mastery of a much underestimated composer…” BBC Music Magazine ****

British Music for Oboe and Strings

“This collection of music for oboe and strings opens with John Joubert’s recent three-movement concerto. Completed in 2006 … the work opens tersely before becoming animated and richly expressive. It’s an intense and compelling piece that continues with a busy, rather determined scherzo marked Presto, with some beguiling material arriving at the movement’s mid-point. Half of this 20-minute composition is devoted to the finale, marked Poco Lento, a set of variations that adds considerably to the allure of this impressive piece … Throughout, Jinny Shaw allies splendid musicianship to a virtuosic technique, with George Vass and Orchestra Nova the most sympathetic of partners … The recording is excellent in its immediacy and good balance and the booklet note by Robert Matthew-Walker is very informative, a window to music well worth getting to know.” International Record Review, July/August 2013

String Quartets 1-3 by the Brodsky Quartet

(cover design from a self-portrait 1942)

“Joubert’s music…always has something new to reveal, and the more I hear it, the more I find to enjoy…the Brodskys give their all to these works, there’s no doubting that they believe in the music…they respond to Joubert’s writing in technical and interpretive synchrony … the sound is uniformly excellent … A strong recommendation!” MusicWeb International, August 2012

“A worthy tribute to one of Britain’s most accomplished senior composers … The music of South-African born composer John Joubert … has always been driven by integrity and communicativeness. The three quartets here, released to mark the composer’s 85th birthday … make an immediate impact on head and heart … the gutsiness of the playing adds to the music’s impact.” The Strad, July 2012

“John Joubert’s three string quartets unquestionably belong to his most personal utterances. It is good to have all three in such excellent and committed performances and very fine recording. This is a beautifully played and nicely produced release.” MusicWeb International, August 2012

“… one of Joubert’s most deeply personal and emotionally raw works. Hearing this urgently argued and effectively proportioned piece again makes it all the more regrettable that the composer has never returned to a genre in which, on the evidence of this symphony and its playful predecessor (recorded on Lyrita SRCD322), he is a convincing and individual exponent… the splendid recorded sound illuminates the acrid dissonances in the more hushed, sparsely-scored episodes and the wealth of instrumental detail in the symphony’s sustained climaxes… an outstanding and highly recommendable release.”
Paul Conway, Tempo, January 2012

“… a zealously committed, red-hot piece of musical agitprop which builds to one of the more exciting and cathartic finales we’ve heard for some time.” Records International, Sept 2011

“…a turbulent and defiant work of tremendous concentration and intensity… Imagine one of Shostakovich’s more epic symphonies compressed into 23 minutes to get an idea of the tremendous effect Joubert’s symphony makes.” American Record Guide, Jan/Feb 2012

The Choral Music of John Joubert

“South African-born Joubert, now 82, is an unsung hero of English choral music. As this beautifully recorded disc shows, his music spans a wide emotional range, from the neo-Renaissance polyphonic splendour of Five Songs of Incarnation to the dark intimacy of the Rochester Triptych.” [****], Classical Music, 26 September 2009

“John Joubert is in his eighties now, and on the evidence of Five Songs of Incarnation (2007), going as strong as ever…It’s hard to imagine this repertoire could be executed any better. [*****] BBC Music Magazine, November 2009

“Joubert reveals his flair for bringing a sense of drama to bear on sacred or philosophical texts, thereby reinforcing his role as one of Britten’s most significant musical heirs.” Gramophone, January 2010

“… a work which grows in my estimation every time I return to it … yet another Lyrita gem to snap up without further ado.” Gramophone (Awards Edition 2007)

“The First Symphony has made a deep impression on me; its tight construction and superb orchestration give so much pleasure … I cannot recommend it too highly.” ClassicalSource

“Warmly recommended, this CD single demonstrates Joubert’s satisfying balance between heart and head; the First Symphony lacks nothing in emotion, but these immediate impulses are controlled by a calm and shrewd intellect. This disc handsomely rewards repeated listening.” Tempo, March 2008

“Once again, I am mightily impressed by the quality of inspiration on show … all these performances are as convincing as they are dedicated.” Andrew Achenbach, Gramophone, July 2007

“… this most sophisticated and controlled composer is so passionately involved, responding to the texts at a very personal level … revealing Joubert as a master of the choral miniature.” Tempo

“… majestically confident collection … This is a crucial disc in the advocacy and appreciation of Joubert’s music.” MusicWeb International.

“This disc was issued to celebrate John Joubert’s seventieth birthday in 1997, and features première recordings of Temps Perdu — Variations for String Orchestra, the Sinfonietta, and The Instant Moment. These are taut, well-constructed works, full of a very English melancholy and wistfulness … The song-cycle The Instant Moment, which concludes the disc, is a powerful work sung well by Henry Herford. This is strong and heady stuff, in committed and sincere performances by the English String Orchestra and William Boughton.” Albion Magazine Online, Spring 2010

Chiaroscura, The Esoterics’ fourteenth CD is an exploration of light and darkness, good and evil, truth and falsehood, the known and the mysterious – opposite and yet interdependent forces in our lives. The repertoire of CHIAROSCURA features two motets by the South African composer John Joubert, Alfred Schnittke’s masterful Concerto for chorus a cappella, and Richard Strauss’ Deutsche Motette. In Joubert’s Sleep canticle, verses by Thomas Browne portray sleep as a midpoint between life and death, and in his motet Let there be light, St Augustine prays for clarity, wisdom, and virtue.

The Esoterics, conducted by Eric Banks

and choral works by Poulenc, Pizzetti, Herbolsheimer, D’hollander and Pászti

MacMillan and his British Contemporaries

“All I can do is single out a few particular pleasures that you might care to sample … the big, striking gestures of John Joubert’s fine short cycle.”